Showing posts from April, 2009
Show all

The Quest For the Missing Camera 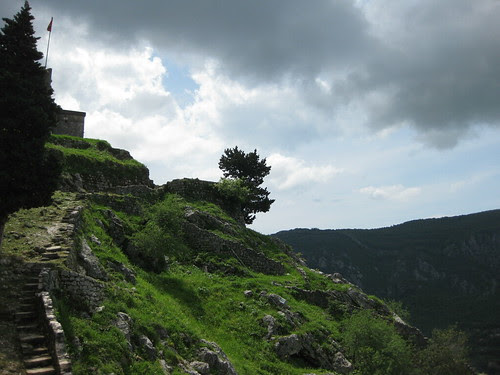 We just don't give a shit. —Lemon of Macedonia on Balkan social values The bus for Podgorica left Sarajevo in a deep gorge carved by a white water river that cut out tunnels in the cliffs and left standing rocky spires with green wigs of shrubbery. One of the window panes was filled with glass that vibrated with the bus like an oscilloscope hooked up to a death metal song. Mountainous ridges, green and brown with pine and cedar and oak, fell away into meadows and pastures shattered by the abandoned ruins of houses and by piles of tires and rubble, the ground patched with cumulus shadows. On the border between Bosnia and Montenegro, scrawny green tees climb up from the turquoise water of a reservoir into the folds of slate cliffs, which open to rolling green highlands, then sheep-speckled pasture rimmed with scree and firs and snow-capped hills. That is where I lost my camera. The Bosnian border guards took our passports and spent an anxious 10 minutes checking them. It always takes
1 comment
Location: Kotor, Montenegro
Read more

- April 23, 2009
There was once a land called Bosnia A fasting a frosty a Footsore a drossy a Land forgive me That wakes from sleep With a Defiant Sneer —Mak Dizdar The parks in Sarajevo double as graveyards, though the clean white obelisks that mark Christian burials are kept separate from the slanting mushroom-headed plinths of Islam, which look unfathomably old, stained by dirt and weather. There was nowhere else to bury the dead during the four years under Serbian siege (1992-5). I went to the Holiday Inn where all the journalists stayed, it being the only hotel still open at the time. It's on the Zmaja od Bosne road, a wide highway that goes from the city to the airport, and that was affectionately renamed Sniper's Alley during the siege. Serbian marksmen in the hills targeted civilians, who had to run through the marked sniper zones on their way to work, school, church, or the sparsely supplied grocer. It's vertiginous and unreal to see a city so recently affected by war, where many b
3 comments
Location: Sarajevo, Bosnia and Herzegovina
Read more 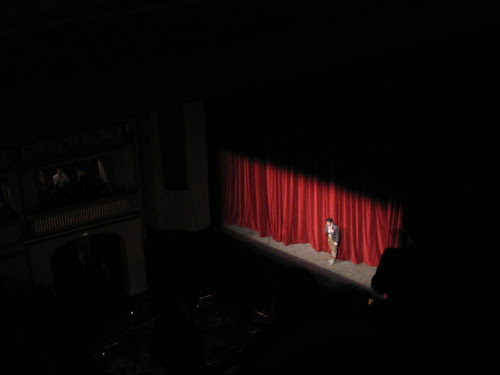 No Straight Roads In Croatia

- April 18, 2009
One knows that the first joy can never be recovered, and the wise traveler learns not to repeat successes but tries new places all the time. —Paul Fussell I was at the Budapest train station last Friday when I decided to come to Croatia, which is strange because I woke up with the vague determination to go to Transylvania, Dracula's Carpathian home. "How much for a ticket to Braşov?" I asked the stocky ticketress. "Boorrla?" she asked, rolling R's and crushing vowels in a way impossible to transcribe. Everyone I asked pronounced Braşov, Transylvania's biggest city, with a different enunciation. I still don't know how to say it. "Yeah," I said. She tabulated the price of my trip, including variables for age, class, and further destinations on a solar powered calculator. "15,209 Forints." That's about $70 dollars. "How much for Zagreb?" Calculating. "880." "Then I guess I'm going to Zagreb." She
1 comment
Location: Dubrovnik, Croatia
Read more 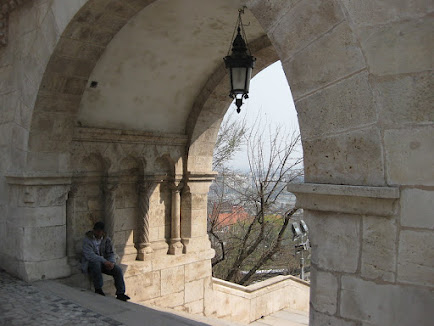 We live in a wonderful world that is full of beauty, charm and adventure. There is no end to the adventures we can have if only we seek them with our eyes open. —Jawaharial Nehru Hungary is very cheap on the Döner Price Index. The DPI is the best way of judging cost in a European country, since every country has some variant on the Near-Eastern döner/shawarma/gyro/kebab. Berlin and Vienna, where a savory wrap costs €2.80, are the median. Munich and Salzburg are pretty expensive at €3.20. Budapest, though, sets a record at €2 flat. The quality is a little worse -- the döner is literally thrown together -- but the acrobatics involved in the split-second preparation make up for the food's jumbled composition. Food here is excellent. The Hungarian staples are sausage, potatoes, and noodles with heavy doses of salt and paprika. It's good for curing the hangovers that inevitably follow consumption of cheap Hungarian wine, which is so awful that they usually mix it with coke. Hungary
Post a Comment
Read more

- April 07, 2009
A good traveler has no fixed plans and is not intent on arriving. —Lao Tzu I think my opinion of a given place is related directly to the weather when I'm there. As a result of this equation, I really liked Vienna. It was sunny for all five days, and I spent half of those lounging around in parks with a newspaper. One good park was in the Museum Quartier, which has no fewer than 1,000 museums. One end of the district is a strip mall of modern art warehouses. Across a busy but charming Viennese street, a lawn passes between two big domed structures, museums of natural and art history, and sidles up to the crescent-shaped Hofburg Palace and its galleries. To the left is another garden, a half-finished Temple of Theseus, and the gothic spires of the city hall. When I arrived construction crews were piling up dirt into ramps in front of the building for the Bike Festival on Saturday, which was awesome. On the other side of the city, Schönbrunn Palace has all the baroque grandeur you wo
Post a Comment
Location: Vienna, Austria
Read more

The Sound of Music

- April 05, 2009
Why do our dreams become so much smaller when they finally come true? —George R R Martin My plan was to hitchhike from Berlin through Bavaria, Austria, and Slovenia to Croatia. This didn't work out for a couple of reasons, but most of them are that I am a guy and was soggy wet and Germans did not want me in their BMW. Hitchhiking in Germany is relatively safe and common, although not so much in winter. Still, I wanted to try. Last Saturday I picked my route -- the Autobahn 115 goes all the way from the western edge of Berlin past Potsdam, through Liepzig, to Munich in the south of the country. I shaved so I looked like less of a bum, then unfolded my map of the labyrinthine Paris Metro and wrote München on one side and Potsdam on the other with a permanent marker. Then I watched the passing license plates and looked for Munich's M or Potsdam's PM. Germans are very orderly with their license plates and put city codes at the front. They're generally a very orderly people.
1 comment
Location: Salzburg, Germany
Read more
More posts