Showing posts from September, 2010
Show all

In Heaven There is Paradise

- September 28, 2010
With yesterday’s rain on the window sill I leave my home behind, All for the sake of anticipating a stranger. —A Poet From Chengde Autumn came south dragging the cold hem of her dress, and I rushed north to meet her. Old Hangzhou lay across the Yellow Mountains, in the fertile plain of the lower Yangtze, at the southern end of the Grand Canal that dug over a thousand miles to Beijing, and on the eastern shore of West Lake. All this geography brought to Hangzhou a worldly prosperity. When the Song Emperors ruled China, Hangzhou was a city of philosophers, poets, politicians, artists, and other men of worth, in palaces and towers, as well as two million soldiers, artisans, peasants, and slaves, scurrying across a thousand bridges and between a hundred thousand wooden buildings. Marco Polo of Venice traveled there in the thirteenth century, when Hangzhou was the largest city in the world, and its grandeur so impressed him that he called it a hundred miles wide and “beyond dispute the
Post a Comment
Location: Shanghai, China
Read more

- September 21, 2010
Thousands of feet high towers the Yellow Mountains, With thirty-two magnificent peaks, Blooming like golden lotus flowers Amidst red crags and rock columns. Once I was on its lofty summit, Admiring Tianmu Pine below. The place is still traceable where the immortal Before ascending to heaven made elixir out of jade. Now you embark on your journey there alone— Another Wen Boxue I happened to meet— Who’ve been to Five Mountains for beauty of nature, Leaving behind countless ranges of hills. Homeward you go back to White Goose Ridge, Back to drink from your Elixir Well. If by chance I pay you a visit, I expect to be met by your light carriage. Eastwards from Lingyang you bend your steps, And pick your way through fragrant bushes, Many a stream and many a ford, Peaks upon peaks shutting out the sky— That’s where I'll call on you some other day Across a bridge that spans cliffs like a rainbow. —Li Bai (747 AD) As an exercise , I will introduce Anhui in the style of Lonely Planet: If you
Post a Comment
Location: Huangshan Mountain, Huangshan District, Huangshan City, China
Read more

A Land of Mist and Mountains (2) 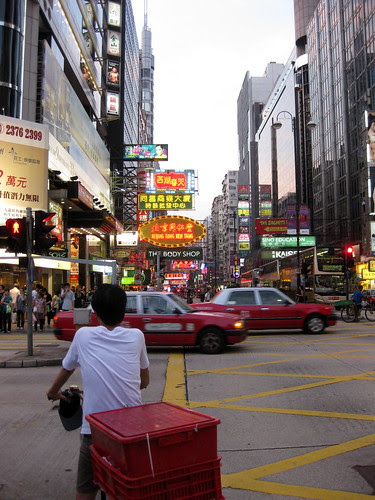 Time and Seasons, what things are you, Bringing to my life ceaseless change? I will lodge forever in this hollow Where springs and autumns unheeded pass. ―Tau-Yun, wife of General Wang Ning-chih (400 AD) Xiao Likeng was once a farming town, and retained its old form in its present role as a reliquary. The crowd of old houses remained, those great white buildings of Jiangxia, smeared gray by age, with dark tile roofs and dark wooden railings and window panes, and everywhere the red of hanging lanterns. Beyond the edge of town, past the white stone walls of the last houses, there were no suburbs nor car parks nor houses—there was nothing. A few rice fields marked two sides, verdant jade and nearly ripe, and steep hills hemmed in the rest with bamboo thickets and solitary pines. The four principle streets were arranged like the lines connecting the Great Bear constellation, and along each of these cobbled pathways ran a sloping canal, a combination of rain gutter, sewer, garbage dump,
Post a Comment
Location: Guangzhou, Guangdong Province, China
Read more

A Land of Mist and Mountains (1)

- September 13, 2010
High rises the Eastern Peak Soaring up to the blue sky, Among the rocks—an empty hollow, Secret, still, mysterious! Uncarved and unhewn, Screened by nature with a roof of clouds. ―Tau-Yun, wife of General Wang Ning-chih (400 AD) Adventures usually strike at the most unexpected hour. I thought I would sleep fitfully in my hard bunk on the train north, and did as much until I was shaken gently awake, around 2:30 in the morning, by some insistent stranger. I did not come to full wakefulness until a few minutes later when the stranger was gone. “Where you go?” asked the fellow from the bunk below, who had earlier been doing chin-ups on the luggage rack. “Uh,” I said, “Nanchang.” The stranger returned. He had a ticket he would show me, and he shone his cellphone on it. I thought, “What the hell is this?” and heard the bodybuilder say, “He’s a foreigner.” “This is a foreigner?” said the stranger, incredulous. “I am not a foreigner,” I groaned, able to take pride in the Chinese I had
2 comments
Location: Sanjiang Dong Autonomous County, Liuzhou, Guangxi, China
Read more
More posts