Showing posts from October, 2010
Show all

- October 22, 2010
A penny for wish: A wish, it won’t make you a soldier. A pretty kiss or a pretty face Can’t have it’s way; There’re tramps like us who were born to pay. —Bruce Springsteen I rested in Hiroshima at a youth hostel with WiFi, showers, and a rack on the rooftop where I might dry my washed clothes, though the highlight was surely that I shared the facilities with two English girls and that we stayed up late drinking beer from the vending machine and chatting about nonsense. In the morning I took my leave. One girl said something that I wondered about. “She said you look like a shabby bastard. She said that yesterday, too.” “Well I guess I could do worse.” I had a threadbare look and a wild countenance, and the stories of my thrifty adventures won laughs and admiration but as little feminine affection as might be expected. I was off for Kyoto, the ancient capital of imperial Japan, in the old south-central heartland called Kansai. Jean of Paris, who had been in Japan four months, had to
3 comments
Location: Kyoto, Japan
Read more

A City Made of Ashes

- October 20, 2010
Once out the gate, nothing to see, Just white bones covering the plain, A starving woman on the road Embraces a child and abandons it in the grass. —Wang Can, “Seven Sadnesses” In the eternal silence of infinite spaces, smaller and vaster than the mind can imagine, particles began to collide. Too small a storm to conceive, so picture a steel ball, faster than sound, colliding with a gasoline truck, that truck erupting, and two pieces blasting away and finding more trucks in a cloud of them: a whole line of such paroxysms, pyramidal, blooming from matter into the original chaos, one after another. A bullet of hollow uranium, weighing eighty-six pounds and packed with enough cordite to get it up to a thousand feet per second, smashed into the fifty-seven pound spike at the other end and merged with it, creating a supercritical mass. The uranium-238 had been spontaneously firing neutrons from the start, letting them loose from an unsustainable weight. There was a chance, in the last 1
4 comments
Location: Hiroshima, Japan
Read more 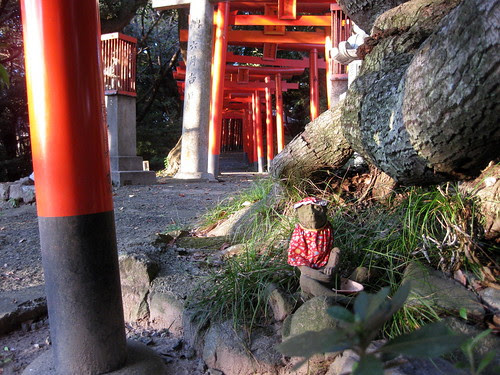 My brain’s the weak heart and my heart’s the long stair. —Modest Mouse Ten other people slept in my room on the ferry, a room with no windows or bunks, only a tatami mat floor and a few foam palettes on which passengers might get comfortable enough to doze. A cabinet was filled with simple blankets of a size ideal to travel—so much so that I traded my teddy bear blanket from the foreigner’s market for one, though I neglected to ask about the trade beforehand, and conducted it by slinking back into the room once the other passengers had departed to wait in line by the ramp. Those who stayed in the plebeian cabins had to wait for almost an hour while the wealthier Nipponese and Korean businessmen disembarked with their well-dressed families before shuffling off the ship and down the steps onto the asphalt of the wharf of Fukuoka. This is the largest city and port on the island of Kyūshū, southernmost of the Japanese archipelago’s four main islands. Immediately to the north, across th
4 comments
Read more

The State of Fear 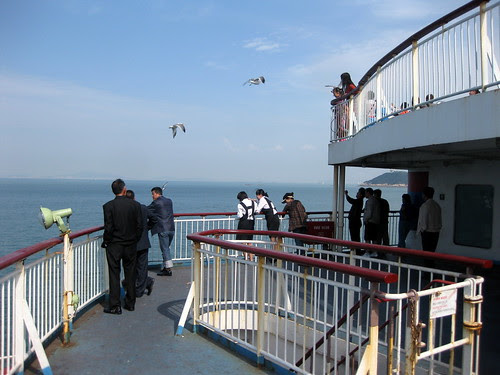 “But our Republic of Korea, using just your two legs you can run all over it. You know why? Because our land’s the size of my dick. So it’s said: Korean detectives investigate with their feet. That’s folk wisdom, you bastard.” —Memories of Murder Sim Hyun went blind in his old age. Long hours of study in the darkened cloister of his rooms weakened his eyes, and his teary grief over the death of his wife deprived them of sight altogether. One day, when this scholarly gentleman was out walking, he slipped and fell into a lake. A passing priest heard Sim’s cries for help and dove into the water to save the old man, who thanked him with excessive thanks. The priest said, “I can help you with more than that! I had a vision of you last night, Sim Hyun. What would you say if I could make you see again?” Blind Sim was ecstatic, and even though the priest asked for a donation of three hundred bags of rice to the Buddha of his temple, as payment for the prophesied miracle, an amount far
5 comments
Location: Busan, South Korea
Read more
More posts