Showing posts from September, 2016
Show all

Photographs from the Silk Road 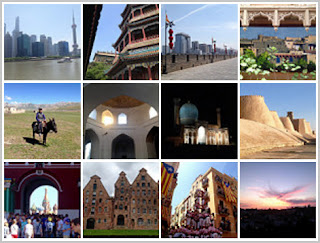 I took too many photographs of buildings and landscapes along the Silk Road. My overland journey took me through China, Central Asia, Russia, and Europe, from May to September 2016. A full set of pictures can be found on Flickr . See the Silk Road on Flickr >>
Post a Comment
Location: Bangkok, Thailand
Read more

Letters from the Silk Road 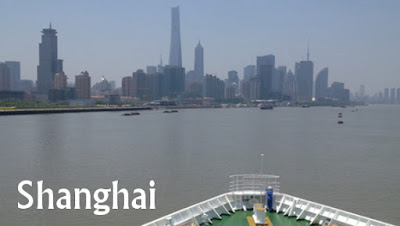 Central Asia has always held out to me a special enchantment. There at the Jaxartes ended the empire of Alexander; there in the trackless steppe gathered the hordes which plagued the ancient and medieval world; there on dusty plains lie Samarkand, Kashgar, and a scattered constellation of cities where the meandering trade roads between East and West converge. The term “Silk Road,” though not coined until 1877, announces an older half-imagined adventure of camel trains in haunted wastes, of turbaned merchants in covered bazaars, of danger and romance by starlight. Archaeological evidence suggests that commerce between China and Europe never matched the vision of orientalists. Nevertheless, the transcontinental route that we call the Silk Road changed history by transporting and transforming the culture, religion, art, and technology of every civilization it touched. My own journey along Silk Road—from a ferry embarked in Kobe harbor on 10 May to a final flight from Madrid on 9
Post a Comment
Location: Madrid, Spain
Read more
More posts